Now in post-production, I am at work at putting together my art/horror short film tentatively called
"The Rites of Birdexx" . The film deals with themes of death, birth, rebirth, self/ false self, construction/de-contructions.

In this clip still being edited the Created being is finding itself in some new existence lost yet finding itself called and calling out yet it now belongs in these strange dark surroundings:


The "Creation"  awakening to what existence?
Posted by Brandon Lord Ross at 9:31 PM No comments:

New Interview of myself by John F Allen 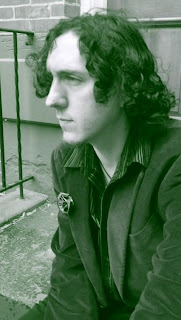