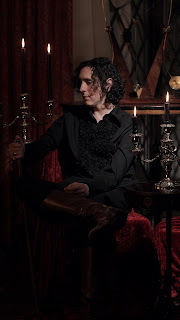 For my entire life I have never gotten the system, I have never really fit into it. I have always felt like I was from another time, place, planet, or dimension. At times life feels almost unreal and dreamlike.
It seems like the world as it is, is just an illusion. My energy fluctuates from day to day along with my moods. I am hyper sensitive to people and places and often contemplate what is really going on under the surface. What is this place? is it real? Who am I? Why am I?
Thus I have not lived the normal life of career/goal driven existence of planning for a life laid out by the society I was born into. I live a niche existence-sometimes far in the past- sometimes aeons into the future or eternally in the present when I begin to create something.

Growing up I hated school, I hated being forced to go somewhere I didn't want to be in order to "learn". I did not like the bells and lockers, social hierarchies and clocks. It felt like poison.
I would look out the window and wonder why do I have to be here? I could just walk out, and eventually thats what I started doing. By the time I reached High School I was walking out and was half out of my mind from a severely dysfunctional family at home and being pushed into the public educational system which I clearly had no place being in. After skirting the edges of madness, I found that playing music-the bass guitar became an outlet for me. As I improved on the instrument, and sought out more challenging and creative music to listen to I began to realize how, insipid and phony most of the commercial music on the radio was and how talent and creativity is not valued very much in the world of commercial entertainment. That we are presented with pre-programmed saleable packages to consume. As time went on I also realized this was the case with all media-especially the news and that we're being lied to on a consistant basis about everything. And The purpose in the education system is of course to churn out employees/workers and not critical thinkers-people who may go on to college so they can prove themselves with another useless piece of paper, to get a better "job"

Now as many people know most artist's, actors, writers are stuck in the position of having to find a "day job" while they attempt to make it in thier creative field. Since they do not want to commit to rising up in some corporate job or follow a time consuming "respected" profession. The usually take low-paying part-time/free lance type things so they can be allowed the space to follow their dream. Plus creative type are generally not suited for 9-5 long term regimented schedules, that would require the mental and physical dedication. Thus they are shut out from the stability of steady pay, health insurance, access to credit/ home loans etc.  And what most artists generally desire is not some suburban larry lawnmower lifestyle of the Salary-Man. They want real success, gallery shows accolades, the big film part, or at least alot of respect for what they do. They want to be acknowledged for what they do without having to conform and please the system. To be appreciated for your talent and in essence being yourself instead of just getting "good grades"

I think it also goes without saying that often a creative person cannot filter out what is around them the vibes going on, the horrors and corruption in the world, the outright lunacy of an socio-economic model
that is destroying everything in it's path to serve a handful of oligarchs. It's confounding while so many others simply watch sports, reality TV, and debate the coke and pepsi politicians, like another sport, not even thinking what this society is doing to them.

In a recent conversation with someone, I asked what they thought would be he wave of the future, since they were trying to encourage me into getting into some sort of enterprise. They seemed to think ultra fast computers (which I know nothing about) construction of down-sized living units (due to inflation and cost of building materials)_ which sounds fucking depressing, and the best of all-new treatments for cancer!  So in this instance I would ask 1. We have all this tech, and it has opened up alot of avenues certainly- but are we any happier or more connected? It seems near impossible to get a response from someone days later if at all despite everyone having email, smart-phones, facebook, twitter, texting, private messages, voicemails-on and on. The super computers on wall street also allow the firms to fast trade beyond what any retail investor trying to make a few bucks can imagine.whole sectors of the market can be manipulated so easily, there is no way for a non-insider to even analyze anything based on technicals or fundamentals. Since the market is essentially "programmed".
2. The idea of constructed pre-fab living spaces whether they be McMansions (clearly on the way out)
or econo high-rise units-is essentially designed for the people churned out by the educational system to work in an economy now inflated, and living in unnatural environs to humans the warped post-capitalist version of the fifties dream of "home ownership" yay! 3. Ok how about this why the fuck should anyone get cancer in the first place? There have been numerous alternative natural cures over the years which have been suppressed (naturally!)So Why do so many people have cancer? We have poisoned ourselves for a better future right?,We live longer but live worse, we accept all this pain and hate ourselves-but more drugs and shit to treat a disease which is most likely the hateful reaction in our bodies to this god-awful system-of job markets, and mortgages, and never-ending wars, and media mind fucks, and evil corporate/political shenanigins most of us cannot even fathom.

So where do the artists and such fit into this? The truth is they want out, or they want to "in" but live on their own terms within the madness, and/or create their own world, they want to show the world another reality, they want to create their own reality
They, even the really bad ones are creators like the god that we are told is our creator and that is not looked well upon since if you are trying to control people, you don't want them to create anything on their own as they would be as "God"and defy the authority of is high priests whether they be the high priests of religion or of commerce.

In the end it's not about money, or success, or the problems of the world, it's about saying I just want to live how I want to live, and be free to do what I want-and someone will say there is no free lunch-and"that's how it is pal", you want to live like squirrel's? With no Alphabet Soup of agencies to protect you for your'e own good, and no matter what you say they have an arbitrary response made up to defend the way of the world-and it's easier to just sink into the comfort of the www and bitch once in awhile on Facebook, and get a couple likes from people you don't really know who vaguely agree with you on that day.

And yet somehow you still want to help the world and wake people up as things just get more fascist what with the rash of "lone nut" killers and an entire city locked down just to catch one mad bomber as the populace accepts more control, and the wars and mass murder and blatant corruption are nothing but background noise- to the fake everyday life most of us live, so look into yourself and see all the unfulfilled desires, the anger, hate and resentment just below the surface- the sides you sacrificed to get along, and at least be honest with yourself, and say this what I am, no matter how horrible or magnificent it is.

And if we all get culled in a rat-fuck, New World Order genocide, or just the sum total of human idiocy imploding, at least be thankful for some artist who may have once showed you some truth.